The store will not work correctly in the case when cookies are disabled.

We use cookies to make your experience better. To comply with the new e-Privacy directive, we need to ask for your consent to set the cookies. Learn more.

Be the first to review this product
CA$388.00
SKU
FC300B
Notify me when the price drops

The FC300B is a glass combination ion selective electrode (ISE) for the determination of sodium (Na+) ions in solution. The selective glass membrane produces a potential change due to the exchange of sodium ions on the surface of the membrane and the sample. The internal sensing elements are housed within a sturdy glass body. The FC300B is ideal for a variety of applications in laboratories, food and beverage production, and water quality analysis. 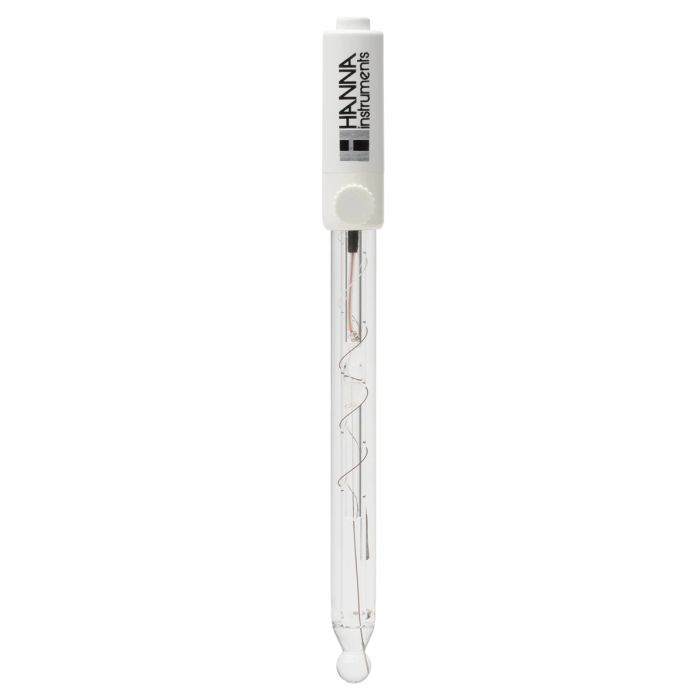 Skip to the beginning of the images gallery
Specification
Details

The sodium-sensitive membrane should be conditioned before performing a calibration. The conditioning of the electrode is a two-step process in which the glass is etched then rehydrated. The first step is etching. This process removes a thin layer of sensitive glass from the sodium membrane, exposing a sodium-containing fresh surface. The second step is rehydration in which the probe is placed in a storage solution to rehydrate the glass membrane. Allowing the glass to rehydrate after etching provides optimum conditions for the exchange of sodium ions between the membrane and solution.

For the FC300B to measure sodium accurately, it is important that the ionic strength of the standards and sample be adjusted to a high and constant value with the sodium ionic strength adjuster (ISA) solution. The sodium ISA is important for two reasons. One is that the ISA buffers the pH of the standard and sample to above pH 9.8. This removes any interference from hydrogen ions that occur at lower pH’s. The second purpose of the ISA is to ensure that the activity coefficient is constant so the concentration of free sodium ions can be measured. Having solutions with a constant ionic strength reduces the margin of error between measurements of different samples at different concentrations.

Questions (0)
Reviews
Write Your Own Review

Sign up for our newsletter to get the latest news about our company, your favorite products, and great deals.